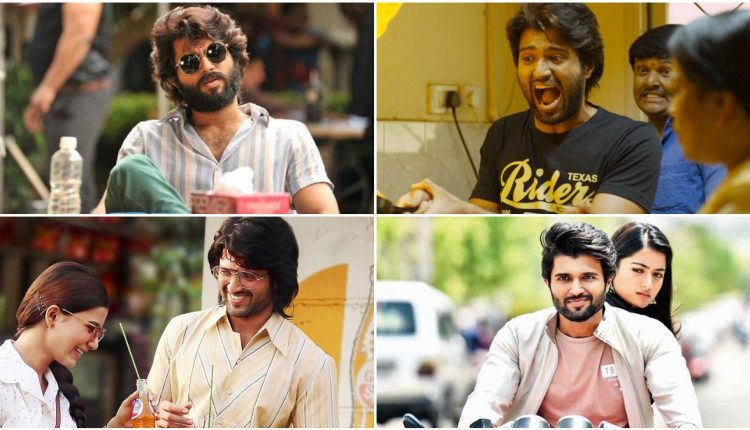 The dashing Vijay Deverakonda is all set to make his Bollywood debut perhaps this year or the next, all depends on when India manages to beat COVID-19. Liger, directed by Puri Jagannadh, is backed by Karan Johar and had Vijay cast opposite Ananya Panday. It remains to be seen if Vijay manages to break Bollywood’s stubborness in accepting a star from regional cinema in its ranks. But there is no denying that Vijay has the looks, the talent and the popularity to pull it off. Vijay Deverakonda Announces His Next Project With Director Sukumar, Says ‘We Guarantee You Memorable Cinema’.

Bollywood fans would already be familiar with his work thanks to headlines created by Arjun Reddy. Kabir Singh, its Hindi remake, starring Shahid Kapoor, had been a huge blockbuster, but fans of the original swear by Vijay’s volatile performance. The movie helped Vijay increase his horizon beyond Telugu cinema. He acted in the Telugu-Tamil political thriller, Nota. His films like Geetha Govindam, Dear Comrade and World Famous Lover gathered enough notice and had put him on the rankles of a superstar. And to think, Vijay had quite the humble beginnings. Vijay Deverakonda Birthday: 5 Reasons Why This ‘Rowdy’ Is Loved and One Of The Most Successful Actors Today!

On the occasion of the actor’s birthday, let’s look at the five best films of Vijay Deverakonda ranked as per IMDB, from lowest to highest.

While this Nag Ashwin film came before Deverakonda broke into superstardom, it was this film that gave him a lot of attention. Though Nani was the hero, VK left an indelible mark as his unfortunate friend, winning praise for his performance.

The movie that established one of the best pairings in recent times, that of Vijay and Rashmika Mandanna. An enjoyable romantic entertainer that is made better by the lead actors’ chemistry and Gopi Sunder’s soundtrack. Now that Rashmika and Vijay are both entering Bollywood, can we see them in a Hindi remake of this movie?

Did you doubt that this movie would not make to this list? The love story that is broken down by its inherent male toxicity, this Sandeep Vanga Reddy film turned Vijay from a star to a superstar. While we cannot dispel the controversies surrounding the film, there is hardly any doubt that Vijay gave one of the best performances by an actor in Indian cinema in the last decade here.

Pelli Choopulu is the movie that gave Vijay the chance to be a solo lead star. An enjoyable coming of age entertainer with romantic elements, the film benefitted from a fresh treatment, great comic elements and a nice camaraderie between Vijay and Ritu Varma. For the uninitiated, Pelli Choopulu was also remade in Hindi as Mitron, starring Kritika Kamra, Jackky Bhagnani and Pratik Gandhi.

Samantha and Vijay Deverakonda in Mahanati

Of course, Mahanati is most remembered for Keerthy Suresh’s National Award winning performance as the yesteryear actress Mahanati Savitri. However, who can forget the parallel track – a love story – between Samantha Akkineni’s journalist and Vijay Deverakonda’s photographer? It makes us wish that someone cast them once again in a movie such, so great they look together.

(The above story first appeared on Scoop Buddy on May 09, 2021 12:01 AM IST. For more news and updates on politics, world, sports, entertainment and lifestyle, log on to our website scoopbuddy.com).

Manchester City 1–2 Chelsea, Premier League 2020–21 Result: Thomas Tuchel’s Men Come Back From a Goal Behind To Beat Would Be League Champions