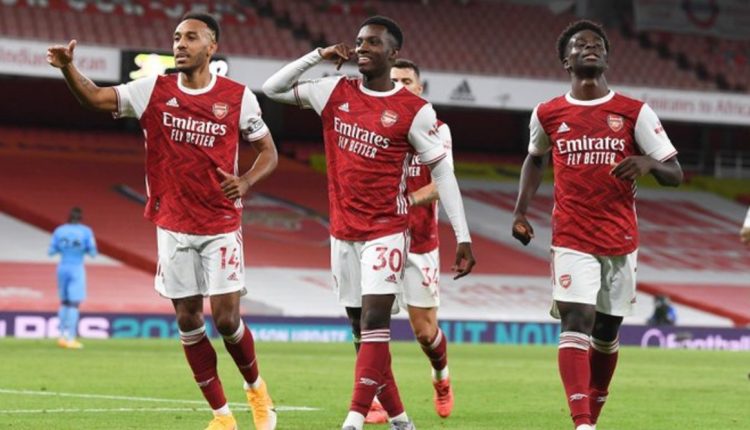 Arsenal will take on Villarreal in the first leg of the UEFA Europa League 2020-21 semi-finals. The clash will be played at the La Ceramica Stadium in Villarreal on April 29, 2021 (late Thursday night). Both sides will be aiming to take a major step towards their first trophy of the season. Meanwhile, fans searching for Villarreal vs Arsenal, UEL 2020-21 live streaming can scroll down below. Folarin Balogun Signs New Long-term Contract with Arsenal.

This will be the fifth meeting between the two teams in European competition and the Premier League side have the better upper hand as they are yet to lose against their Spanish counterparts. However, Arsenal are yet to beat Villarreal away from home a run they will be looking to end. The La Liga team are having a sensational season so far and will provide a tough task to the Gunners and their European ambition.

Villarreal vs Arsenal match in the first leg of UEFA Europa League 2020-21 semi-final will be played at the La Ceramica Stadium on April 30, 2021 (Friday). The game is scheduled to begin at 12:30 am IST (Indian Standard Time).

Fans in India can live telecast the Villarreal vs Arsenal semi-final match on Sony Sports channels. Sony Pictures Sports Network (SPSN) is the official broadcaster for UEFA Europa League 2020-21 in India. So Fans can tune into Sony Ten/ Sony SIX SD and Sony Ten/ Sony SIX HD channels to catch the live-action of the UEL match.

Where to Get Free Live Streaming Online of Villarreal vs Arsenal UEFA Europa League 2020-21 Semi-Final Match?

Those unable to follow the match live on television can watch the Villarreal vs Arsenal semi-final clash online. SonyLiv, the OTT of Sony Network, will be live streaming the first leg of the semi-final match online for fans in India.

(The above story first appeared on Scoop Buddy on Apr 29, 2021 08:46 PM IST. For more news and updates on politics, world, sports, entertainment and lifestyle, log on to our website scoopbuddy.com).