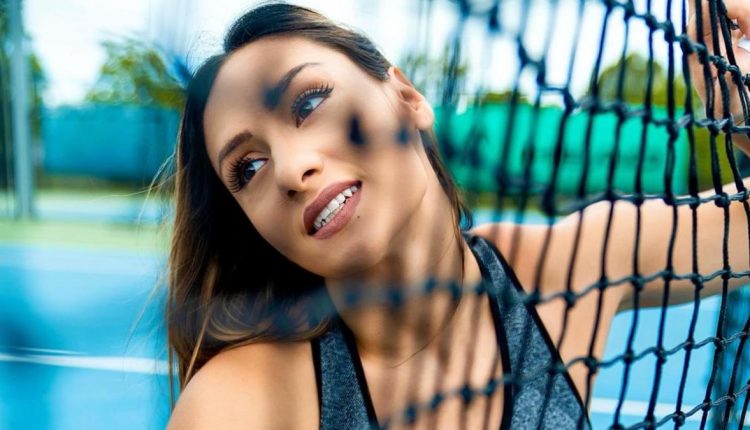 One thing a lot of people can agree that social media has changed life for the better. We got connected with different people all over the world. For some, there is at least one person who has played a key role in their life. And how can we not mention fitness influencers? They have encouraged a lot of people to work on their body and promoted wellness and a fit lifestyle. One such influencer is Violeta De Marco who is the internet’s favourite.

Violeta De Marco, popularly known as Violeta Dee is a fitness influencer from Brisbane. She has received formal training in gymnastics, acrobatics, cheer sport and circus. It’s the formal training that had drawn her deep into the world of fitness. In her own words, the skilled gymnast describes herself as ‘extremely motivated, competitive, determined and a perfectionist.’

Today, she is ruling all social media platforms and encouraging people with her fitness and workout videos and posts. On Instagram, she has more than 140k followers and over 537K on TikTok . Violeta also runs her Facebook page which has more than 6000 followers. All these people love how easy Violeta’s workout regimes are. People repeatedly follow her and want to connect with her ,training, or tips.

Violeta De Marco’s journey as one of the best fitness influencers has been quite impressive. Her achievements are quite extraordinary that make people believe in her work. Her highest Competition she reached at Nationals, she came third in Level 9 at Gymnastics/Sports Acro competition.  Also she’s won many other Competitions in Gymnastics and Sports Acro. She was also a part of two Cheersports teams at the same time. Violeta also joined Circus Classes and got accepted into the National Institute of Circus Arts (NICA) at Swinburne University in Melbourne. Her professional journey commenced when she started coaching junior gymnasts.

When Violeta was in Melbourne, she performed with her own Circus Troupe called “V.I.C.” Along with 2 of her team members, the fitness enthusiast performed around Australia for a year with the troupe.

She’s  experienced a lot of performance work individually. Violeta has performed in Brisbane, Sydney, Tasmania, Melbourne and Darwin, and a lot of other places.

Motivating people in physical workout and exercises have been of her passion and hence, she started training students in hand balancing. Sadly, the pandemic brought a full-stop to her coaching as there has been lockdown for months. This drove Violeta to focus on social media and it it’s slowly working out for her.

When Violeta De Marco started showcasing her skills and workout regimes on social media, people loved her. Her videos went viral and in no time, a lot of sports brands approached her for partnerships. Since then, she featured in 4 music videos, magazines, newspaper articles and was also interviewed by several TV channels.  As a fitness influencer, a lot of people often express to Violeta how she has boosted them. About the same, the social media star shares, “I have had people let me know that they are inspired and motivated by me to be fit and learn hand balancing. Also, to never give up and to chase their dreams.”

Violeta De Marco is going to launch her own YouTube channel soon. Furthermore sharing about her plans, the gymnast reveals, “My plans for the future, are hopefully to advocate mental health.  This is very important to me, as I recently lost my sister (Nicoleta), to this. In addition, to run a successful business promoting my brand Violeta Dee.”

If you want to continue following in her journey give her a follow on her Instagram “violetadeee”.