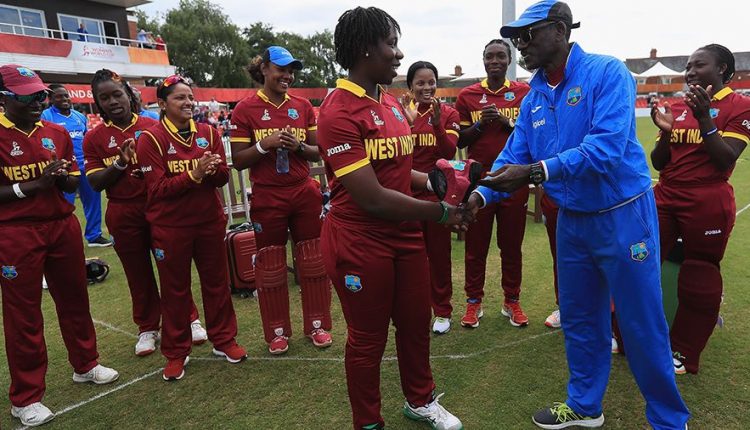 In all, eighteen women players have been offered deals, an increase of three from the last season

Qiana Joseph and the uncapped Kaysia Schultz have received their first West Indies central contracts, for the 2021-22 season. Shawnisha Hector, who has played just a solitary international for West Indies – an ODI against India in 2019 – also got a central contract as West Indies look to widen their talent pool.

In 2019, Stafanie Taylor had blamed a poor domestic women’s structure for failing to nurture young talent, despite West Indies having won the T20 World Cup in 2016. However, this recent development of offering rookies contracts could potentially be an encouraging sign.

In all, eighteen women players have been offered deals, an increase of three from the last season.

“The last contract period did not see many international matches as we only played five T20I matches against England,” Ann Browne-John, CWI’s lead selector for women’s and girl’s cricket, said in a media release. “Despite this, the contracted players were able to keep themselves fit and match ready. It was therefore the fairest decision to return all fifteen (15) to contract.

“Additionally, it is really a positive that three new development contracts have been awarded for the upcoming year. This will allow the requisite focus to be placed on these young players as they continue to progress their careers. There has been a lack of left-arm orthodox bowlers in the region, therefore Joseph and Schultz will hopefully help fill this void; with Joseph also bringing her left-hand batting skills which is also limited in the region. Hector is one of the bright young fast bowlers who has been bowling with great aggression in the past few training camps.”

After crashing out of the 2020 T20 World Cup in Australia, with just one win in four league games, West Indies toured England four a five-match T20I series, in which they were blanked 5-0.

The West Indies Women are currently working with their new coach Courtney Walsh in Antigua. Walsh had been appointed to the post last October following that England tour.

‘The Indian fintech industry has grown rapidly during the pandemic’