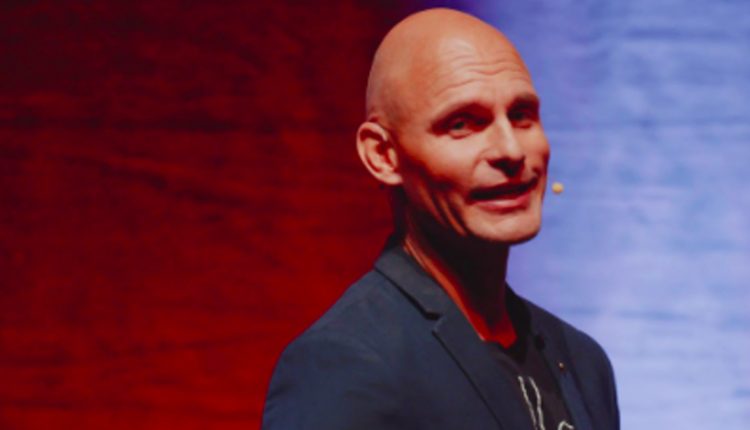 What Happened Between Airofit And World Record Holder Stig Severinsen?

There is a sport devoted entirely to breathing. And now, there’s even an app for it too.

Airofit, a Danish sports-tech company, has invented what it says is “the world’s first breathing trainer”, claiming that the device can improve physical performance and general wellbeing with just 5 to 10 minutes of breath training a day.

Originally developed to help improve the lung capacity of patients with chronic breathing conditions by Danish company Ambu, the rights to the device were acquired by Christian Tullberg Poulsen when he saw the potential market to improve athletic outcomes, with Poulsen hiring a team to develop what is today the Airofit.

Positioned squarely within a competitive market alongside respiratory muscle training manufacturers Ultrabreathe and PowerBreath, Airofit sought to differentiate itself by partnering with world-class athletes.

If breathing had a poster child, it would be fellow Dane Stig Severinsen, a four-time world freediving champion and multiple Guinness World Record holder in breath holding. With a degree in biology and a PhD in medicine, Severinsen is the founder of Breatheology, a training method that promotes conscious breathing to enhance physical performance.

Airofit set its sights on Severinsen for a partnership, reaching out for discussions in September 2019. Following a number of meetings, Tullberg Poulsen and Severinsen came to an agreement; the pair signed a single-page binding letter of intent that Severinsen and his team would provide sales and promotion support, and in exchange, Severinsen would receive warrants amounting to 2.5% of shares in Airofit. The letter was signed, and the team at Breatheology mobilised.

By May 2020, Severinsen had lived up to his end of the agreement, meeting sales KPIs and his association with the brand increased Airofit’s profile and credibility in the market. Google search ranking results on the term ‘Airofit’ from September 2019 until August 2020 reveals a spike from several hundred searches a month to a peak of over 15,000 during Severinsen’s involvement, in the height of the COVID-19 pandemic.

With everything moving in the right direction, there was one problem.

Severinsen never got his promised shares.

To successfully transfer the shares, the agreement between Tullberg Poulsen and Severinsen needed to be ratified in a meeting by Airofit’s board. Originally scheduled for May 2020 and postponed on multiple occasions, Severinsen, having held up his end of the deal, was eager to learn when the board would finally meet.

In November 2020, Airofit board member Jens Ørnbo sent Severinsen a message confirming the board unanimously voted in favour of the warrant program, a fact confirmed in the company’s own meeting minutes.

“In case you should not have heard it, we had the Annual General Assembly last Friday where the warrant program was unanimously approved. So welcome to the club –  It will not be a co-ownership you will regret.” – wrote Jens Ørnbo in a message to Stig Severinsen.

But again, the process of actually transferring the shares was delayed and on 15th February 2021, Severinsen received a letter from Airofit lawyers saying that they were terminating his ambassadorship and that the shares “were gone.”

“This was so unexpected, and I was completely shocked,” reveals Severinsen in a letter on the Breatheology website. “This goes against everything I believe in; the trust I had in Airofit, its management, and its board of directors.”

Documents made publicly available on the Breatheology website, including SMS and email messages exchanged by the parties, reveal a far bigger picture – one that Stig Severinsen is keen to highlight.

“I was even ok with my team members joining Airofit since we had a binding agreement and I felt like I was already a shareholder in the company,” explains Severinsen. “I was also fine with Airofit benefitting from my name, even investing my own money towards making Airofit a success, along with endorsements, producing viral videos gaining millions of views, and numerous press activities. Our work has been instrumental in the recent growth of Airofit.”

So why would Airofit terminate such a valuable partnership?

Airofit would have us believe it’s because of Severinsen’s personal Facebook posts, where Severinsen criticised the handling of the Coronavirus crisis by the Danish government. Interestingly, the posts they refer to were from early November, before the annual meeting took place where the board members unanimously voted to honour the warrant agreement.

If the board were so offended by Severinsen’s personal Facebook posts, surely this would have come up at the annual meeting or been flagged by the office who, Jens Ørnbo revealed in a December 2020 message asking him to “please tag Airofit” in his posts, confirmed “you are being followed from the office,” making clear to Severinsen that his social media posts were being tracked.

The Balance of Power

A plausible scenario is that if Severinsen had been awarded his shares, Airofit CEO Christian Tullberg Poulsen would no longer have a majority share in the company he founded.

The Danish company master register reveals that Christian Tullberg Poulsen currently owns 51.06 percent of the company and maintains 52.26 percent of the voting rights. If Severinsen had been given his promised 2.5 percent shares, majority voting power would have automatically shifted away from Poulsen, and collectively, to the combined weight of the board of directors and Severinsen.

One can only conclude that the reneging of shares could be an expression of Christian Tullberg Poulsen’s desire to maintain control of the company. This could also explain why he went against the board’s unanimous decision from November 2020.

Whether or not the other board members were behind the decision to withdraw Stig Severinsen’s shares remains to be seen, but as this curious story unravels, it will be interesting to observe how this powerful group of board members decide to deal with the issue.

For Stig Severinsen, openness and transparency are a way of life, in sport and in business. Severinsen ends his public letter with, “The truth might hurt – especially if you have something to hide. If you have not been a nice person!”