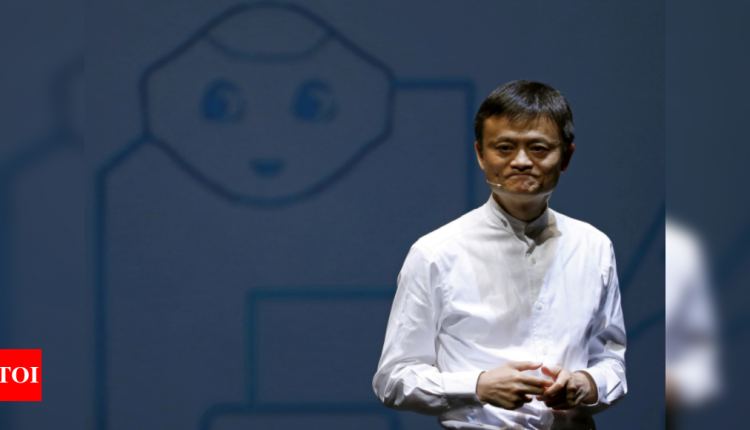 By admin On Apr 19, 2021
0
Share
HONG KONG: China has imposed a sweeping restructuring plan on Jack Ma‘s Ant Group, the fintech conglomerate whose record $37 billion IPO was derailed by regulators in November, that will see the group become a financial holdings company among other things.
Ant, valued at around $315 billion at its IPO pricing, is also exploring options for founder Ma to divest his stake and give up control, as meetings with regulators signalled the move could help draw a line under Beijing’s scrutiny of its business, Reuters exclusively reported on Saturday.
Here is a look at what the company needs to do in the near-to-medium term as a result of the revamp:
How much extra capital does Ant need?
New regulation requires fintech platforms to own 30% of all the loans that they co-lend with banks.

Brokerage Jefferies estimated in a report last week that Ant will need 13.4-20.1 billion yuan ($2-$3 billion) of capital to meet the minimum capital adequacy ratio for consumer finance companies. A third to half of Ant’s 1.7 trillion yuan consumer loans are in the co-lending model, Jefferies estimates.
How will Ant raise capital?
It will be tough for Ant to inject more capital into its consumer finance company of which it owns only 50%, brokerage Macquarie has said.
Also, then Ant will have to convince other shareholders to come up with more capital to maintain shareholding percentages, said a Hong Kong-based analyst with a US asset manager which had subscribed to Ant’s halted IPO.
If that is not possible, any potential shareholding change will require negotiations on the company’s valuation which Ant might not want to get to, the analyst added.
One Ant investor, however, told Reuters that the potential capital shortfall would be well within Ant’s means and that it would not need to raise more money from outside investors.
Ant declined to comment.
The analyst and the investor spoke on condition of anonymity as they were not authorised to speak to media.
How will Ant’s valuation change after the restructuring?
It is too early for analysts to come up with a new valuation estimate based on Ant’s revamp plan as more details are needed.
Some investors told Reuters they are optimistic that Ant will not be valued as cheaply as a Chinese bank, given the scope of its business and the technology and data power it possesses in the world’s second-largest economy.
Major lenders in China’s main banks stock index trade at 5-12 times forward earnings and 0.4-1.7 times their forward book value, Eikon data shows. Ant would be worth $33 billion if priced at one time book value based on its net assets reported last year, according to Reuters Breakingviews calculations.
Some global investors valued Ant at over $200 billion based on its 2020 performance, Reuters has reported.
What happens to Ant’s payment business?
It is unclear how Ant is going to break up its payment business from its credit products Jiebei and Huabei.
Jiebei and Huabei are currently embedded within Alipay and rely on the mobile payment app for user traffic.
Any de-link would reduce users of the credit products and potentially affect Ant’s loan quality if data access to Alipay would somehow be limited or affected, the Hong Kong-based analyst said.
What else will change as part of the restructuring?
Ant has said it will set up a personal credit reporting company and apply for a personal credit reporting license.
It is already a shareholder in Baihang Credit, one of the only two credit agencies licensed by the central bank.
Macquarie analysts believe the People’s Bank of China may not grant Ant a license for its own credit company, while Jefferies said Ant may have to partner with a state-owned company to set up the agency.

Are you allowed to travel?