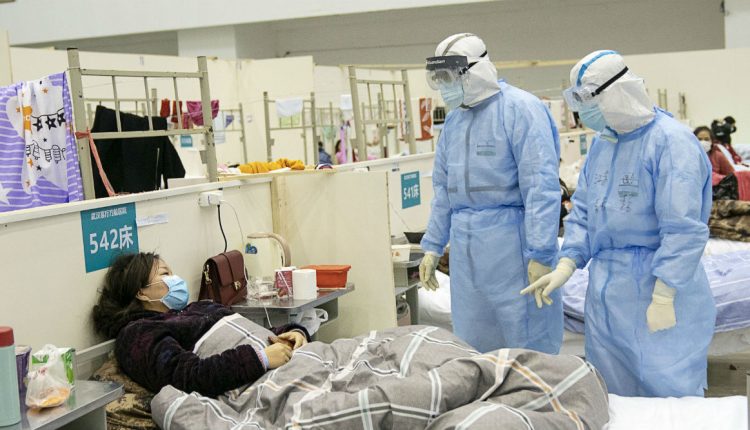 White Fungus Causes, Prevention, and Treatment: Signs and Symptoms of the Infection That Is Said to Be More Dangerous than Black Fungus

As the COVID-19 pandemic prevails and people continue to battle Black Fungus (mucormycosis) simultaneously, it’s now White Fungus that is making health experts worry. There has been chaos due to four patients being found in a hospital in Patna, Bihar having White Fungus. This disease is considered deadlier than black fungus. Among the patients infected with white fungus in Patna is a famous specialist from Patna. White fungus (Candidiasis) is the main cause of lung infection and besides the lungs, it also infects the skin, nails, inner part of the mouth, stomach and intestine, kidney, genitals, and brain.

According to Dr. SN Singh, head of the Department of Microbiology at Patna Medical College and Hospital (PMCH), so far four such patients have been found to be having symptoms like that of COVID-19 but they were infected with white fungus and not coronavirus. So far, only four patients with White Fungus have been found in Patna. However, it is a matter of relief that the four patients were cured by antifungal medicine.

This disease is being described as more dangerous than black fungus. It is being said that it impacts the lungs and at the same time, the infection can also spread to other parts of the body such as nails, skin, stomach, kidney, brain, private parts, and mouth.

Doctors say that if the symptoms of coronavirus appear in HRCT then it is necessary to check the mucus culture to detect white fungus. The white fungus also thrives in people with a suppressed immune system like the black fungus. People who are diabetic or take steroid medications for a long time are more at risk.

Diabetes, antibiotics,s or prolonged intake of steroids may pose risks. Cancer patients and diabetics on prescribed medications are more at risk.

In the newborn, it occurs in the form of diaper candidosis. In which cream-colored white spots appear. In young children, it can cause oral thrust. It is the main cause of leucorrhea in women.

In such a situation, patients who are on oxygen or ventilator should be taken care of in terms of hygiene. The tubes and equipment should be thoroughly cleaned and sterilized water should be used in oxygen cylinder humidifiers. Patients who usually have rapid antigen and RT-PCR test negative BUT still have coronavirus-like symptoms in HRCT must immediately visit a doctor. The fungal culture of mucus should also be tested. An investigation of mucus culture is necessary to detect white fungus.

The symptoms of lung infection from white fungus are similar to that of coronavirus, due to which it is difficult to distinguish whether it is COVID-19 or white fungus. COVID-19 patients who are on oxygen support can also be infected.

Mucormycosis, also known as black fungus or zygomycosis, on the other hand, is caused by a group of mold called mucormycetes. These fungi live in the environment, particularly in soil and in decaying organic matter, such as leaves, compost piles, or rotten wood, according to the Center for Disease Control and Prevention.

(The above story first appeared on Scoop Buddy on May 20, 2021 05:53 PM IST. For more news and updates on politics, world, sports, entertainment and lifestyle, log on to our website scoopbuddy.com).