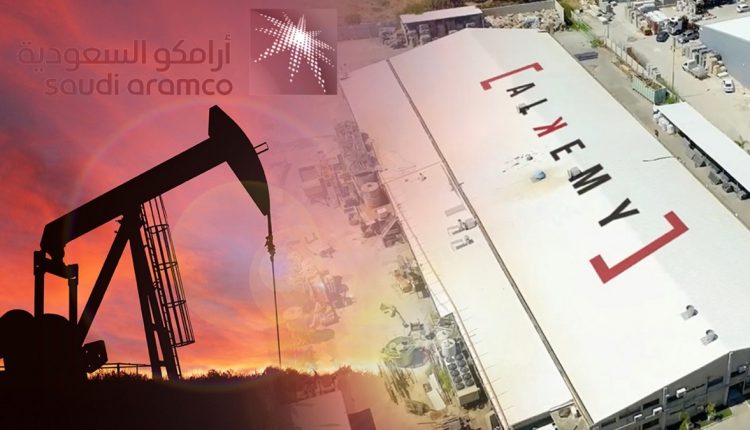 Why Alkemy Can Become Larger Than ARAMCO?

The plastics mining company has come to market with one of the most promising business models in the recycling world, and we felt it necessary to deconstruct the economics behind the scenes

In a world that recycles less than 10% of its plastic waste and adds mega-tons of micro-plastic particles each year to the air we breathe and the water we drink, an Israeli newcomer such as Alkemy brings new winds of hope to our plastic-bags’ ridden shores.

Alkemy (TSXV: AKMY.V), that started trading on the Toronto Stock Exchange earlier this month has only a modest revenue registered in its accounts. The source of these revenues is mainly from its technology ‘test-drive’ in Israel where Alkemy has converted dirty plastic waste – that no plastic recycler would touch until today – into a 50% margin product sold to the construction sector. By itself, this is nothing short of a pure alchemy, turning unwanted and non-economical waste into profits. But we were interested in the growth story and how this magic feat may scale over time as Alkemy now starts to work on its deployments globally.

Looking at their prospectus and financials, we could extract a base model where the smallest Alkemy factory can process and recycle approx. 10,000 metric tons of plastic per year with a large Alkemy plant processing five times that. Assuming up to 10 Alkemy recycling production lines set side-by-side into one Mega Plant physically placed on a dumping site, these economics mean a whopping 500,000 tons of recycled plastic that can be processed annually into products instead of into our air and water.

With 6.3 billion metric tons that are estimated to have become plastic waste to date in the world, we will need approximately 1,260 Alkemy Mega plants to rid the world of circa 90% of its plastic waste by repurposing the waste into products and halting almost all new plastic manufacturing to a grinding stop.

The deployment of 1,260 Alkemy factories worldwide sounds reasonable when we realize that there are over 12,000 offshore oil and gas platforms in the world made by man.

If indeed there is such a bright deployment future for Alkemy and humanity as a whole, it will also mean that Alkemy may accidently become one of the largest companies in the world. The smallest Alkemy plant can generate over $8 million in EBITA per year. The Alkemy Mega-Plant can make 50x times that or $400 million each year in earnings before taxes, interest and amortization.

Even if we take it down a notch or two, for the sake of shear conservativism, and assume half of it to be true, an install base of 1,260 Alkemy mega factories will generate over $250 billion per year in what ancient kings will call a successful alchemy project. In comparison, the most profitable company in the world is ARAMCO, the Saudi Arabian petroleum and natural gas company which made over $88 Billion in profit last year. We can only hope for the unquestionable irony of humanity’s redemption shaped in a form of a recycling company posting higher profits than the oil companies who helped make that plastic in the first place.

Vistara to start non-stop flights between Delhi and Tokyo