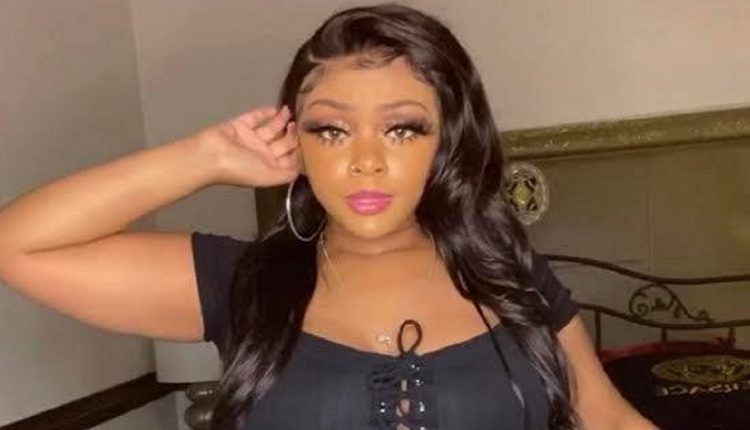 Why Andrea Young Is Making Waves in the Industry

A new Instagram model is looking to expand her success by exploring different avenues. Young video vixen, Andrea Young also known as Whopperme, has had no problem with reaching success on social media platforms like Instagram, with a whopping 1.7 million followers. Whopperme has also been featured in music videos with infamous artists like LilBaby, Yella Breezy, Asian Doll, and more! She can also be found on other outlets like Tiktok, and Twitter. Whopperme lives up to her brand, as she carries two curvy buns, often promoting herself through skits, trends, or cosplay. The socialite plans on continuing to expand her name by not only launching an adult online sex store but also releasing her own music soon. Drea continues to be a positive, humble, and hardworking individual, and it can be represented through all the multiple facets she is dipping her cute toes in.

Her drive to remain true to herself, and stay humble doesn’t come out of nowhere. Although her current lifestyle in Atlanta Georgia is admirable it was not always such a positive environment. Growing up Andrea regularly experienced bullying by her peers. On top of that, her father had been verbally and sexually abusing the young entrepreneur. Often berating her with negative affirmations about her character, work ethic, eventually purposefully missing her graduation to solidify the belief that she wouldn’t amount to any success. Whopperme even continues to have those who hate on her due to her quick rise to glory, often experiencing unwarranted altercations, or being blocked by models with a similar dynamic.

Even in the face of adversity, her attitude remains the same, positive and encouraging. She quotes, “I yearn to please everyone, put a smile on anyone’s face, regardless of gender”. This not only is translated through her words but also by her actions. It is not uncommon to see the young vixen donating her spare time to feed the homeless or provide clothing. It is important to her to keep her core values even when being presented with the amazing life opportunities presented.

Her Instagram was created to prove to others her capabilities, and for those who despised her in high school that were regularly flaunting their measly 20k followers. Whopperme created the profile her senior year of high school and by graduation had reached over 300k in fandom, and that was just the beginning. The more she focused on Instagram the better her success. This eventually leads to her being able to move out and away from the toxic environment she endured at home and school. The torment could have easily broken her but her ability to persevere is truly an inspiration. Andrea has not only set a different lane for herself by her youth and reaching such notable success but also remaining so goal-oriented and driven to achieve her ambitions. It can be hard solely using one’s assets so she plans at continuing to expand her business endeavors in multiple fields. A piece of advice she would want everyone to leave with is, “Do what makes you happy because you only live once. For example, stop being scared to show your body online or whatever it is you would like to do all because you are afraid of judgment. You have to do what works for you, especially if you see the opportunity come to you. Don’t pass it by, you may come to regret it depending on how it could have benefited you. Think of it like this, will it change your life? Can it help you in the long run? Could it ease the weight of the world, pay the bills? You should do what makes you happy because people are going to talk about you regardless. If that’s your way of making your money then do that. You shouldn’t stop your opportunities because of other’s judgment. There is plenty of money to go around, remain humble, and move in silence, you will eventually thank me”. It is safe to say this is not even close to the last time we will hear about Whopperme, keep your eyes and ears peeled as many of her projects will soon be published.

Google Pay Users in US Can Now Send Money to India, Singapore