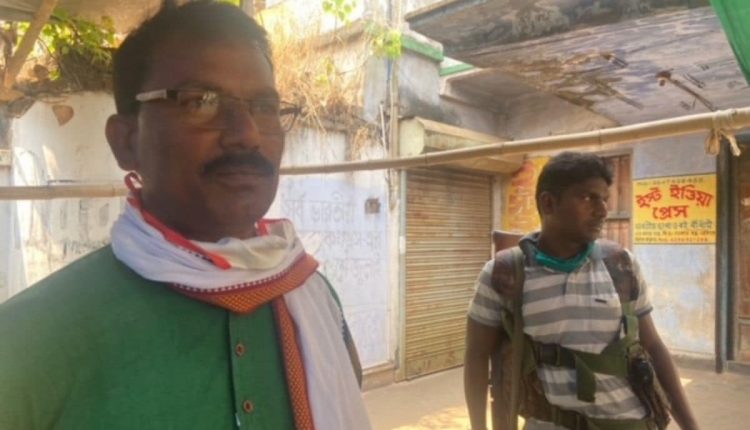 Why Did the Tribal Population of Jangalmahal Ditch the BJP?

Unlike some other constituencies in the Bengal polls, the Bharatiya Janata Party’s Hindutva push did not prove effective among the tribal community mainly dominated by the Santhals and Kurmis in the Jangalmahal region that comprises 40 assembly seats in Jhargram, West Midnapore, Purulia and Bankura.

The reason: besides many welfare concerns which the tribal communities have been fighting for over decades, the recognition of Sarna Dharma (in which the forests and nature are considered sacred) is an important issue in Jangalmahal. Leaders among the Santhal and Kurmi tribes alleged that they were forced to follow Hindu rituals as their demand to give Sarna Dharma an official status is still pending with the central government.

They alleged that they have been fighting for this recognition for several years, but nothing has been done so far. Members of these tribes also accused the BJP of trying to push the Hindutva ideology.

After the May 2 results revealed a poll debacle for the BJP in Jangalmahal, the party’s internal assessment revealed that a majority of the Santhal vote share, which was its biggest base in the 2019 Lok Sabha elections, had shifted to the Trinamool Congress this time.

The effects of tribal people shifting their allegiance from the BJP to TMC were first felt in February when BJP national president JP Nadda had to cancel a public meeting in Jhargram mainly due to a low turnout, sources say.

Similarly, union home minister Amit Shah also called off a public meeting in the area in March after not too many people turned up, say sources, though the BJP said the cancellation happened due to some unavoidable reasons.

There are four assembly seats in Jhargram, while in West Midnapore, Purulia and in Bankura there are 15, 9 and 12 seats, respectively. These 40 constituencies form Jangalmahal.

The Santhals are the dominant community here, comprising 51.8 per cent of the total Scheduled Tribe population in the state.

In the 2019 Lok Sabha elections, all the seats under Jangalmahal including Purulia, Midnapore, Bishnupur in Bankura and Jhargram went to the BJP.

However, this time out of the 40 assembly seats, the TMC bagged 25, while the BJP won 15, which was a major setback. Jangalmahal is considered an electoral swing region of Bengal.

But why did the tribal communities, mainly the Santhals and Kurmis, vote against the BJP?

Many in the party feel that the ground-level workers failed to convey the roadmap “effectively” for the welfare of the tribals in Jangalmahal. Also, one of the important local committees of the BJP in Lalgarh failed to get favourable results because of the TMC’s aggressive Didi ke Bolo (Tell Didi) and Duare Sarkar (Government at the doorsteps) campaigns in the entire region.

“The results in Jangalmahal are really shocking for us,” BJP’s Jhargram district president Tufan Mahato said. “We never expected this result and are trying to assess why we lost a majority of seats in Jangalmahal.”

Ajit Mahato, an influential leader of the Adivasi Samaj, said, people boycotted the BJP because the party failed to address the real issues of the residents of Jangalmahal in its manifesto, like food security, dignified living, etc, as promised by Mamata. “They only talk about Hindutva and capturing Bengal. People actually didn’t like their attitude against Mamata Banerjee,” he said. “Not only in Jangalmahal, people across Bengal felt it was an unfair battle between Mamata and the BJP. On the one side was the entire BJP in full force including our Prime Minister Narendra Modi and on the other side she was alone. She got a lot of sympathy votes besides gaining popularity through her various schemes for the tribal people like Tribal Sahitya Akademi, Tribal Board, SC and ST Commission, recognition of Santhal language and syllabus in Ol-chiki language. The BJP failed to maintain a minimum courtesy. The Cultural Research Institute (CRI) report is also pending. So our point is at least someone should take some steps towards fulfilling our demands. Therefore, this time people once again trusted Mamata Banerjee with the hope that she will certainly look at their grievances seriously this time.”

The Cultural Research Institute (CRI) report is very important for the tribal community. In 1953, the Second Conference for Tribes and Tribal (Scheduled) Areas was held in Lohardaga. Then a resolution was adopted to set up tribal research institutes in all the states of the country by the Centre. Based upon this policy, the CRI was set up in West Bengal in 1955. The main objective of the body was to look into the needs of the Scheduled Tribes of the state. The CRI is responsible for undertaking research on tribal life and its different facets including their socio-cultural, ethnographic, economic aspects and educational status. Besides helping them by preserving and promoting their heritage, attempts to raise their economic and educational standards are also key targets of the CRI.

Chhatradhar Mahato, the face of the alleged Maoists-backed tribal movement in Jangalmahal from 2008 to 2011, who was roped in by Mamata before the elections, also feels the same way and says that no strategy works in the region as people are hungry for love and respect.

“If you respect them, they will shower everything on you,” he said. “This is exactly what we do in Jangalmahal. We listen to their grievances and fulfil their demands with full dignity. I tried to understand the problems they faced over the past decade. Most of them demanded that they want to become self-reliant and alleged that they are finding it difficult to avail government schemes as there is no one to guide them. Taking note of their problems, I met the representatives of 13 tribal communities including Kurmi, Santhal, Lodha, Sabar, Mahali, Munda and others to create an umbrella body.”

Mahato alleged that the BJP played with the sentiments of the tribal people by taking their family members to Kolkata for offering ‘tarpan’ (libation) in the Ganga amid chants of “Jai Shri Ram”.

“The ritual of tarpan is not there in the tribal community. Tribal people believe in ‘Jai Guram’ and the BJP is asking them to say ‘Jai Shri Ram’. What does it mean? Those who tried to fool the tribal people don’t even know their tradition and culture. They are only concerned about tribal votes but for us their respect and dignity is much more important. This time the people in Jangalmahal have supported us and I am thankful to them,” he added.

Similarly, Kurmis, another dominant tribe, also voted against the BJP after their demand to include them in the ST category was not fulfilled. They are also fighting for the official recognition of Sarna Dharma.

In 1913, when India was under British rule, the Kurmis were listed in the ST category. However, they were dropped from the list on September 6, 1950. They are currently in the OBC (B) list and are demanding ST status.

On the other side, in North Bengal, which is known as the BJP’s stronghold, the TMC won 28 of the total 54 seats while the remaining 26 went to the BJP.

When asked what went against the BJP this time, a senior party leader in North Bengal said, “In all the previous elections, Muslim votes (27-29 % in North Bengal) would get divided between the Congress, Left and TMC. But this time, as per our internal assessment, a majority of the Muslim vote share went to the TMC in North Bengal. The mathematics is not very complicated here. The TMC won 28 seats purely because of the consolidation of Muslim votes and also some support of the marginalised Rajbonshis and Kamtapuris.”