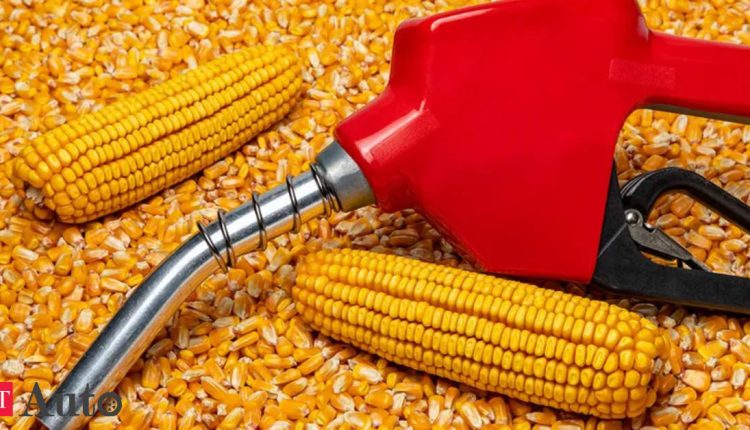 Why it’s important and what are the challenges, Auto News, ET Auto 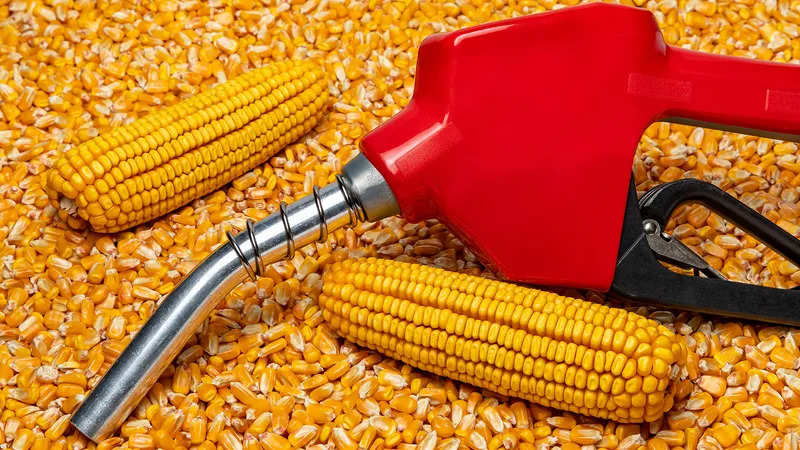 NEW DELHI: Hit hard by rising oil prices, India plans to introduce 20% ethanol blending with gasoline in some parts of the country from April 2023, while a nationwide roll out is expected only from 2025-26.

The government has expedited efforts to boost local output of oil and a transition to alternative fuels to cut its import bill. India has already been mixing about 10.5% ethanol with gasoline for the last three months.

On Wednesday, the government approved changes in the biofuel policy to bring forward target for 20% ethanol blending with gasoline to 2025-26 from 2030

According to a Niti Ayogya report, “India’s net import of petroleum was 185 Mt at a cost of US $ 551 billion in 2020-21. Most of the petroleum products are used in transportation. Hence, a successful ethanol blending program can save the country $4 billion per annum, i.e. Rs 30,000 cr. Besides, ethanol is a less polluting fuel, and offers equivalent efficiency at lower cost than petrol. Availability of large arable land, rising production of foodgrains and sugarcane leading to surpluses, availability of technology to produce ethanol from plant based sources, and feasibility of making vehicles compliant to ethanol blended petrol make E20 not only a national imperative, but also an important strategic requirement.”

To increase the quantum of blending, pan-India ethanol production capacity will have to increase from the current 700 to 1500 crore litres. 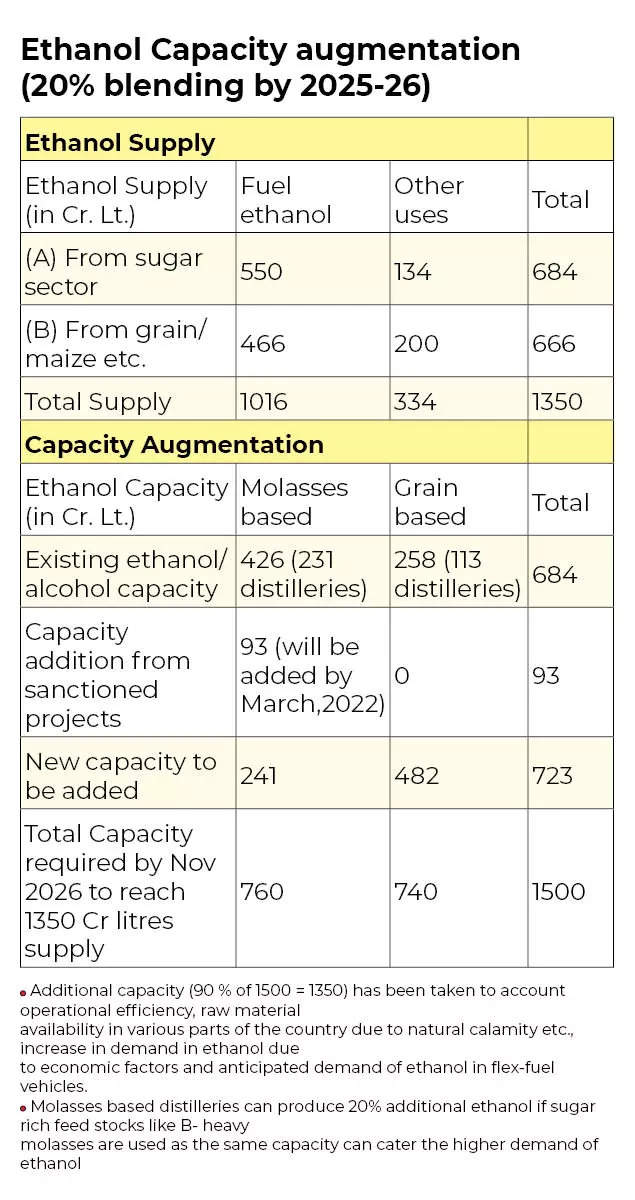 “The current ethanol production capacity in India of 426 crore litres derived from molasses-based distilleries, and 258 cr. litres from grain based distilleries is proposed to be expanded to 760 cr. litres and 740 cr. litres respectively. This would be sufficient to produce 1016 cr.litres of ethanol required for EBP and 334 cr litres for other uses,” said the Niti Ayogya report.

Availability of large arable land, rising production of foodgrains and sugarcane leading to surpluses, availability of technology to produce ethanol from plant-based sources, and the feasibility of making vehicles compliant to ethanol blended petrol (EBP) are some of the supporting arguments used in the roadmap for E20, which refers to the target as “not only a national imperative, but also an important strategic requirement”.

The government hopes to save up to Rs 500 billion ($6.45 billion) in this fiscal year alone from ethanol blending.

The world’s third biggest oil importer and consumer relies on foreign suppliers for about 85% of its fuel demand. India’s gasoline demand rose by about 14% in the first half of May from the same period in the previous month, while that of gasoil rose by about 2%.

The new policy would allow more feed stock for producing biofuel and foster the development of indigenous technologies. The amendment also allows granting of permission for export of biofuels in specific cases. These decisions will help India to cut its reliance on overseas shipments of oil.

What is ethanol?
Globally, one of the most commonly used biofuel is Ethanol, which is derived from sugarcane mollases/corn and rice. As a cleaner alternative energy source to mitigate carbon emissions, biofuel is pertinent for Sustainable Development towards Atmanirbhar.

It is one of the principal biofuels naturally produced by the fermentation of sugars by yeasts or via petrochemical processes. Earlier, sugar companies would extract the juice from sugarcane and the cane would go to waste. But now, this cane is passed through distilleries to create ethanol.

“Sugar continues to be the most lucrative food crop for ethanol even though it has the highest water consumption per acre. Amongst grains, maize is the least water-intensive crop that can be used for ethanol production, although the rate of conversion to ethanol is lower than for rice and broken rice. The production of ethanol from
maize and such other low water consulting feedstock may be encouraged,” noted Niti Ayogya.

Why is it so important?

Ethanol can be blended into petrol to reduce the quantity of petrol required to run a vehicle, thus reducing dependency on imported, costly crude. Today, India imports 85% of its oil requirements.

According to Milind S Patke, President (Biofuels), GPS Renewables, as the second largest global producer of sugarcane, India has significant potential to use domestically produced ethanol which will reduce dependence on crude oil imports. Furthermore, the Life Cycle Analysis (LCA) of agriculture-derived Ethanol indicates up to 41% reduction in Green House Gas (GHG) emissions.

The CCEA in December approved a Rs 8,460 crore modified scheme for extending interest subvention for those setting up standalone ethanol distilleries. The focus is for increasing India’s ethanol production capacity, with the scheme extended to those setting up distilleries using grain, molasses, dual feed, sugar beet, sweet sorghum, and cereals as a feedstock.

Earlier this month, three state-owned oil marketing companies and three public sector banks, including the State Bank of India (SBI) made a long-term purchase agreement for the construction of five dedicated ethanol plants across India.

Indian Oil Corporation, Bharat Petroleum Corporation and Hindustan Petroleum Corporation have entered into an agreement with SBI, Indian Overseas Bank and Indian Bank for payment for the supply of ethanol.Ethanol produced by the dedicated plants will be sold to OMCs to mix with petroleum to lessen the cost per liter by almost Rs 10.

How much is currently blended in petrol?

Currently, the total contracted quantity for Ethanol Blended Petrol in current Ethanol Supply Year (ESY – December to November), in the first four months by Oil Marketing Companies (OMCs) is 9.45% Ethanol blending at 391 cr litres. It’s a marked increase from the 5% Ethanol blending in 9 states and 4 union territories – which was extended to 20 states and 4 union territories in 2006 – that launched the Ethanol Blended Petrol (EBP) programme in 2003.

Logistics
The current capacity (about 300-350 cr litres) derived from sugar molasses barely comprises 8 to 9% and is concentrated largely in 3 states – UP, Maharashtra and Karnataka. These are termed as surplus states due to their production in excess of the 10% blending requirement. All other states are deficit, said Patke

What is the biggest challenge?

Moreover, according to a report by the Institute for Energy Economics and Financial Analysis (IEEFA), for India to fulfil its objective of 20 percent ethanol blended in petrol by 2025 (commonly known as the E20 target), it will need to introduce more area under cultivation of raw material products which can further be transformed into ethanol—land that can be effectively used for the production of renewable fuel and for promoting India’s electric vehicle adoption initiative.

IEEFA said rising manufacturing of food-based raw material for ethanol production might not have been the best use of land at a time when India ranks 101 out of 116 nations on the World Hunger Index 2021. Also this: soil can be used much more effectively to generate renewable energy for Electric Vehicles (EV) than it can to plant crops for ethanol. It will also be detrimental to country’s food security as a 20% blending target will mean increased sugarcane cultivation, leading to use of more arable land and groundwater, affecting food security.

Existing vehicles are currently compatible with 5-10% ethanol-blended petrol, so an increase in blending would mean replacing the existing stock or investing in retrofitting and calibrations.

But what does this mean for sugar stocks?
According to Deepika Khude, a certified Financial Planner (CFP) with 5 years experience in Investment Advisory and Financial Planning, Ethanol stocks could be big theme because of the government and its efforts to lower the crude oil import bill.

“With the government’s financial incentives and the overall increase in the demand for ethanol, Indian ethanol companies might just be the dark horse in the coming years,” explains Khude.

Govt admits to having erred in not going into details of safety management and quality issues, Auto News, ET Auto