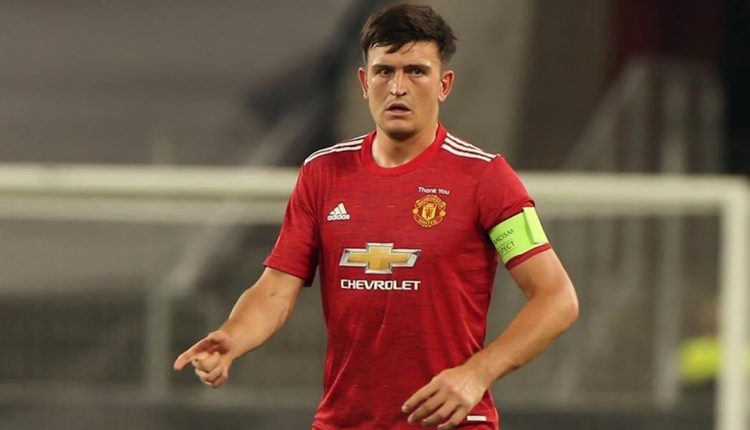 Manchester United are sweating over the fitness of team captain Harry Maguire after the England defender picked up an ankle injury in the game against Aston Villa earlier this month. This issue has seen the centre-back miss the last four games of the league season for the Red Devils. The Englishman has been ever-present for the Premier League outfit and Ole Gunnar Solskjaer will hope that his captain can recover for the Europa League final. Villarreal vs Manchester United, UEFA Europa League Final Live Streaming Online.

Manchester United have improved in Ole Gunnar Solskjaer’s second full season, finishing second in the league and reaching a major European final for the first time since 2017. However, the Red Devils have been underwhelming in the final few games leading up to the summit clash, winning one of their last four games and this drop in form has coincided with the injury to skipper Harry Maguire. UEFA Europa League 2020-21 Winner Predictions: Who Are the Favourites To Win UEL Trophy?

Harry Maguire is in the 26-man United squad travelling to Gdańsk – will be cut to 23 on match day. Solskjaer has said Maguire has to train with the rest of his teammates tomorrow if he’s to prove his fitness for the final. #MUFC pic.twitter.com/2wQpRAkCCp

Given Manchester United’s poor record in the absence of Harry Kane, Ole Gunnar Solskjaer is hopeful that his star defender can get himself back fit in time for the final as he has been named in the 26-man squad which has traveled to Gdansk.

Will Harry Maguire Play Tonight In UEL 2020-21 Final Against Villarreal?

After picking up an ankle injury against Aston Villa, Harry Maguire was spotted with crutches in the stands but the defender came off the support last week. However, the centre-back hasn’t fully recovered and despite traveling with the squad, is yet to participate in a full training session, raising further doubts over his availability.

Harry Maguire sitting in the dugout unable to join in with #mufc training 😢 #UELfinal pic.twitter.com/dW0ZMUixWE

The Manchester United captain didn’t join the team in the final training session on Tuesday ahead of the summit clash. ‘Harry is just going to jog up and down the sideline, I reckon. He’ll probably try to join in (training) a little, but apart from that we’re looking quite good,’ said Solskjaer when questioned about his skipper’s fitness.

The Europa League final represents the first chance for Ole Gunnar Solskjaer to win a major European and his first trophy with Manchester United and it looks like the Norwegian boss will have to do without captain Harry Maguire for the clash who is yet to receive a green light from the medical team.

But it is possible that if fit enough for the bench, Harry Maguire could play some part in the final if needed. Anthony Martial and Phil Jones haven’t joined the team as they haven’t recovered from their respective injuries.

(The above story first appeared on Scoop Buddy on May 26, 2021 04:13 PM IST. For more news and updates on politics, world, sports, entertainment and lifestyle, log on to our website scoopbuddy.com).