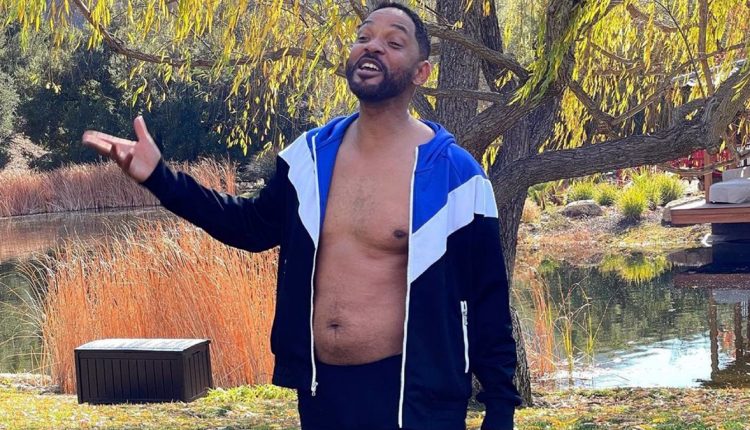 Will Smith Feels He’s in the Worst Shape of His Life, Actor Shares His Recent Pic on Instagram

Hollywood star Will Smith has done a reality check on his fitness, confessing he is in the worst shape ever. In an Instagram image posted on Monday according to India time, Smith appears in a more regular frame than his usual muscular self. “I’m gonna be real wit yall — I’m in the worst shape of my life,” he wrote as caption. Will Smith Reveals He Was Called The ‘N’ Word Not Once But More Than 10 Times While He Was Growing Up.

Actor Joel Kinnaman laughed and wrote: “Hahahahaha”. Filmmaker Ava DuVernay said: “I see no “worst” here.” “Hahahhahahaha that face is fits the caption so well,” wrote DJ Steve Aoki. Rapper and actor Ludacris could not control his laughter looking at his picture and dropped laughing emojis on the commenting section. Will Smith Opens Up About Divorce From His First Wife Sheree Fletcher, Says ‘It Was the Worst Thing in My Adult Life’.

American singer-songwriter Harry Hudson called Smith a “genius”. Singer Sonna said: “You’re Will Smith!! You can be in whatever shape you want.” Grammy–nominated American rapper, DJ Lana Michele Moorer, better known by her stage name MC Lyte brushed it off and said: “Lies”.

(The above story first appeared on Scoop Buddy on May 03, 2021 11:31 PM IST. For more news and updates on politics, world, sports, entertainment and lifestyle, log on to our website scoopbuddy.com).

Front Footing the Culture: The Rags to Riches Story of the Sneaker King