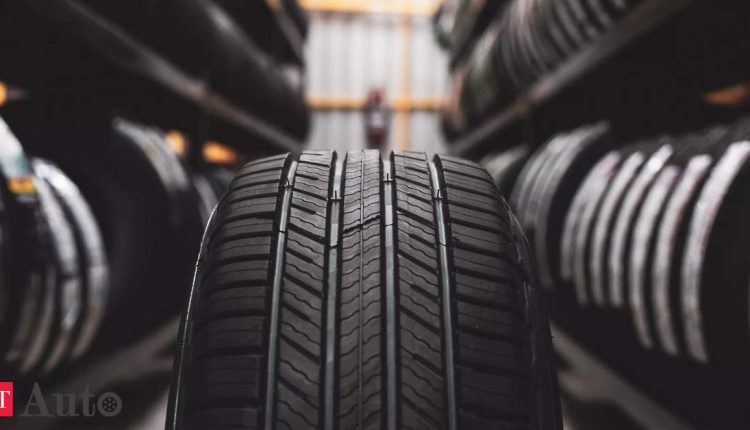 Will the industry be able to ride on the export boom beyond FY23?, Auto News, ET Auto

By admin On Jun 22, 2022
0
Share
New Delhi: A huge export opportunity is knocking at the doors of the Indian tyre industry. Several factors are at play in its favor. The faster recovery from the pandemic-led demand depression by the European and North American markets, stringent anti-dumping duties against the once dominant Chinese products, and the China+1 market policy of many countries are prominent among them.

But the billion-dollar question is if the Indian industry is ready to cash in on this opportunity and emerge as a real global player in and beyond FY23. Growing domestic demand, inadequate production capacities, slow progress in capacity expansion and CAPEX, and supply chain constraints are the immediate impediments for a rapid export expansion.

However, signs of tyre export market resurgence for the Indian industry have been manifest in FY22 and it is expected to continue into the next fiscal. Riding on a resurging global growth after two muted years of the Covid-19 pandemic, the Indian tyre industry surpassed INR 21,000 crore in exports in FY22 with about 50% value growth versus last year, an all-time high for the sector.

Recording one of the highest growths across sectors, tyre exports last fiscal was comfortably higher than the five-year average of INR 10,480 crore before the coronavirus struck.

The growth was aided by resilience of the sector to keep the value chain in motion even in challenging time, lower base effect of FY21, OEMs’ projects for the indigenisation of parts, focus on cost control, investment in latest technologies and the efforts to enhance exports mainly to offset the poor consumer sentiment in the country.

Exports, which constitute nearly one-fifth of the tyre industry’s revenues, contributed significantly to the top-line in FY22. It is expected that the stellar performances of companies in the outside market coupled with significant demand on the domestic front pushed the overall revenue of the tyre industry by 20%25% to about INR 75,000 crore in FY22.

From 14% in FY11, exports share doubled to 28% of the overall revenue over the past 12 years. Interestingly, while the revenue CAGR of the tyre sector grew by about 6.81%, the CAGR of exports surpassed 13% from FY11 to FY22 supported by timely capacity expansion by the companies and deeper penetration to the existing and new markets.

Is the momentum sustainable?

At large, the demand outlook remains favorable as the threat of the pandemic is ebbing. The tyre industry is seeing a revival in capex spend for capacity additions. The proposed capex by the companies is estimated at more than INR 20,000 crore over the next three years, according to rating agency Icra.

All the major players including Ceat, Apollo, Balkrishna Tyres, and JK Tyre are confident that the export market still remains very buoyant. Despite huge international demand, achieving the same quantum of exports growth is a bit doubtful in the ongoing financial year due to capacity constraints.

“What we are serving to the overseas market as an industry is just the tip of the iceberg. Actual international requirements are huge and domestically we don’t have that much capacity available at present because almost all companies are running with over 90% utilizations. So, the only solution is to ramp up the current capacity either through debottlenecking or greenfield/brownfield project expansions,” Sanjeev Aggarwal, CFO, JK Tyre, said.

With the gradual cooling off of commodity prices, the demand from the domestic market will also intensify further, which might overshadow the export calls, another a senior industry executive said on condition of anonymity.

“Any capacity expansion plan needs substantial time. The only reason why we may not see a similar surge in exports this year is because companies will have to meet the domestic demand first as two-wheelers and commercial vehicle demand will pick up in the coming years. However, exports will continue to see strong positive momentum this year and the coming year,” he added.

With the increasing acceptance of Indian tyres in the overseas markets and domestic market nearing normalcy, the tyre maker’s capacity utilization has reached around 85%-87% in FY22 and is currently hovering around 90%-92% in the first quarter of FY23. During the same time last year, the capacity utilization of the tyre industry was 65%-70%.

According to industry body Automotive Tyre Manufacturers Association (ATMA) the domestic industry has the potential of further doubling of exports from India in the next 3-4 years.

“While supply chain disruption is a global concern affecting industries and will get streamlined in due course of time, certain roadblocks faced by the tyre industry locally need to be addressed on priority to provide fillip to the exports,” ATMA said.

What brought the bonanza?

Tyre exports from India have seen a sharp growth in the current year with healthy demand from destinations like the US and the European nations. At present Indian manufactured tyres are being exported to over 170 countries. The US grabs the largest chunk of the for the Indian tyres accounting for 19% of the total tyre exported last year followed by Germany (7%), Brazil (6%), UK (4%) and France (4%).

Comparatively, the overseas market resumed the business and operations at a faster pace and provided better price realizations despite commodity price inflation.

“In the domestic market, tyre makers have not been able to recover the total input cost hike despite going for 2-3 rounds of price hikes in the past one year. However, this is not the case in export markets. For almost all players, export realization has been good because they have been able to pass on the substantial increase in raw material prices to the market, and that too in a single go,” senior industry executive mentioned above elaborated.

What largely worked in favor of the Indian tyre makers is the series of anti-dumping duties imposed by Europe and the US on Chinese tyres since the past 3-4 years. According to industry leaders, the global anti-China sentiment has opened a window of export opportunity for the Indian tyre industry when dampened demand depressed sales growth. Capitalizing on this, the domestic tyre makers are targeting the US and Europe in a big way as part of the global China +1 strategy.

“China used to be really big in exports to the US, Europe, and other global markets. But, because of the strict anti-dumping duties we are gaining share from China,” Anant Goenka Managing Director, Ceat, said over an analyst call last month adding that exports will remain a key growth pillar for the company in the medium term.

Notably, Ceat’s exports jumped almost four times to INR 518 crore in FY22 from INR 141 crore in the previous fiscal year. The Mumbai-based company is also gearing up to introduce truck and bus radial (TBR) and passenger car radial (PCR) tyres in the North American markets in the coming quarter.

“We have been working on channel expansion in Europe over the past few years, which has started to yield good results. We have presence in the PCR and OHT segments and are shortly launching our truck radial tyres followed by two-wheeler tyres. Europe has contributed a significant share in our export growth this year and we expect the momentum to continue,” Goenka added.

Another prime player, JK Tyre, achieved its highest ever exports at over INR 1,800 crore during the year under review, mainly supported by the high PCR tyre demand from the Brazilian and other Latin American markets.

As the demand momentum continues, the company is working actively to expand its PCR tyre volume to 35% from the present level of 9 million units a year. “Our utilization has been more than 90% in the passenger radial segment. We are seeing a good demand on our way. We are working hard to improve productivity as well, so that we can cater to both the domestic and exports demand,” Anshuman Singhania, Managing Director, JK Tyre, said over a call last month.

Seeing the influx of massive tyre makers are planning to invest INR 5,000 crore as capital expenditure to expand capacity in the current financial year.

Apollo Tyres has also benefited from PCR tyre exports to the European Union with PLI benefits. In April last year, the company decided to supply over 3 million PCR tyres to its EU business from Hungary and India operations as it has decreased the plant capacity in the Netherlands by 90%.

Among the different tyre categories, export of off-highway tyres (OHT) that holds the major chunk in terms of value, reported a 47% jump at INR 12,955 crore in FY22 as compared to INR 8,842 crore. This category includes tyres of tractors, construction and mining vehicles. Factors such as rapid urbanisation, heavy-duty construction, agricultural growth, large-scale mining, and global technological advancement in the post pandemic world supported the growth.

Truck and Bus radial (TBR) tyres also saw massive traction especially in the European markets. Ceat is all set to launch its TBR tyre in Europe in the next 2-3 months. It is also developing TBR and PCR tyres for the US market.

However, the highest surge in exports rate was seen in car radial tyres and two-wheeler tyres with over 180% and 125% respectively on account of gradual pickup in personal mobility demand across the globe.