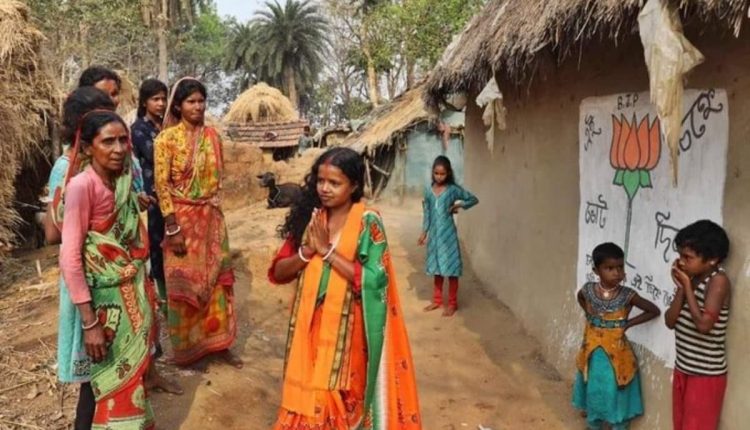 BJP candidate Chandana Bauri was hailed by netizens after winning the assembly election from the Saltora constituency in West Bengal.

The wife of a daily wage earner won by a large margin of 4,000 votes by defeating Sontosh Kumar Mondal of Trinamool Congress.

The 30-year old’s victory was celebrated all over social media owing to her humble beginnings. Congratulatory wishes poured in for the candidate who is believed to have won in the absence of any political leanings.

Bauri, a mother of three, owns assets worth just ₹ 31,985, while her husband’s assets amount to ₹ 30,311 and together they own three goats and three cows, NDTV reported.

Chandana Bauri, a SC woman & a daily wager like her husband lives in a house with no electricity. She is fielding as a BJP candidate from Saltora Vidhan Sabha seat in Bankura district of #WB.Give her your blessings & empower her by voting for her in the 1st phase on March 27. pic.twitter.com/tJ9uUq5p8k

Talking to Scoop Buddy in March Chandana had expressed her surprise at being fielded by the saffron party. Many people encouraged me to apply for a nomination online, but I did not think I would be able to achieve this feat,” she had said.

The Vidhan Sabha seat in West Bengal was previously held by Swapan Bouri of Trinamool Congress who had won the seat in the 2016 West Bengal Assembly Elections by defeating his nearest rival Sasthi Charan Bouri of CPI(M) with a margin of 12523 votes. For the 2021 West Bengal elections, TMC had fielded Santosh Mondal to take on Chandana Bauri of BJP.

After registering a landslide win in the assembly elections, TMC’s Mamata Banerjee is all set for her third consecutive term in West Bengal. While the TMC is set to retain power with victory in over 200 seats, Mamata Banerjee has lost the election against her former-aide-turned BJP rival Suvendu Adhikari in Nandigram.