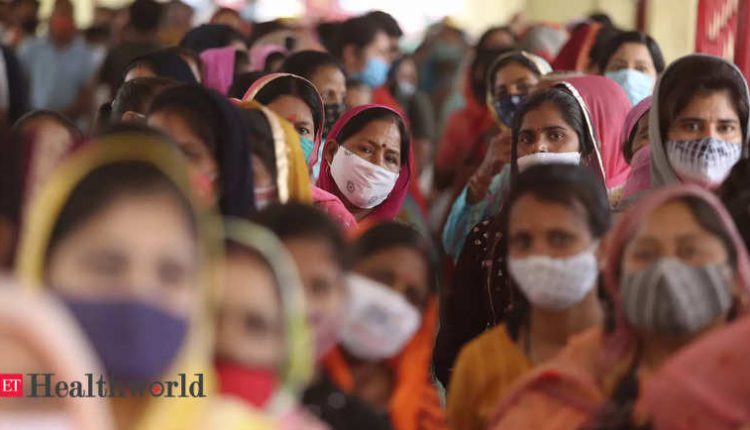 New Delhi: For every 1,000 men vaccinated in India so far, only 854 women have received the shot. This gender skew could have been attributed to there being fewer women than men in the adult population.

However, the skew in vaccination in most states is much worse than others, in the adult population. Kerala and Chhattisgarh are the only states where more women than men have been vaccinated.

Women’s lack of agency, inability in many cases to book a slot on CoWin on their own and lack of independent mobility are important reasons that could explain this skew.

In Rajasthan, where the coverage is almost 30%, women constitute almost 48% of those vaccinated despite the state having an adult sex ratio of 906.

That low vaccination coverage could mean a higher gender skew is borne out by states such as UP, Punjab, Bihar and West Bengal. In UP, where only 12% of the adult population has been vaccinated, though the adult sex ratio is 936, among the vaccinated it’s just 746.

The UT’s adult sex ratio of 913 is much better. The explanation is perhaps a substantial chunk of the vaccinated would be security forces, almost all men. The next lowest sex ratio in the vaccinated is in Delhi, where women were just 42% of those vaccinated or just 722 for every 1,000 men. This illustrates a different pattern — a pronounced gender skew in almost all big cities, probably for the presence of a large population of male migrant labours.