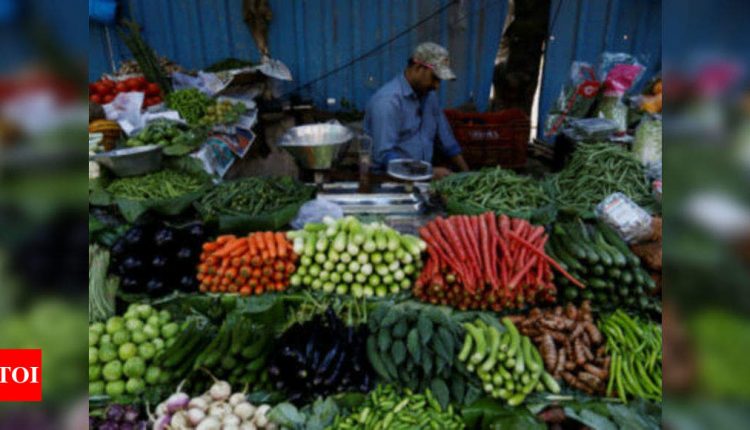 NEW DELHI: The wholesale price-based inflation shot up to an all-time high of 10.49 per cent in April, on rising prices of crude oil and manufactured items.
Also, a low base of April last year contributed to the spike in inflation in April 2021.
The WPI inflation was 7.39 per cent in March 2021, and (-) 1.57 per cent in April 2020.
This is the fourth straight month of uptick seen in the wholesale price index (WPI)-based inflation.
“In April, 2021 (over April, 2020), the annual rate of inflation (YoY), based on monthly WPI, stood at 10.49 per cent.
“The annual rate of inflation in April 2021, is high primarily because of rise in prices of crude petroleum, mineral oils viz petrol, diesel etc, and manufactured products as compared to the corresponding month of the previous year,” the commerce and industry ministry said.
Inflation in food articles in April was 4.92 per cent as prices of protein-rich items like egg, meat and fish hardened.
In vegetables, the rate of price rise was (-) 9.03 per cent, against (-) 5.19 per cent in the previous month. In the ‘egg, meat and fish’ basket inflation was 10.88 per cent in April.
Inflation in pulses was 10.74 per cent in April, while in fruits it was 27.43 per cent.
Inflation in the fuel and power basket was 20.94 per cent in April, while in manufactured products it was 9.01 per cent.
Retail inflation, measured by the Consumer Price Index (CPI), eased to 4.29 per cent in April on decline in food prices, data released last week showed.
Reserve Bank of India governor Shaktikanta Das had earlier this month said that manufacturing and services PMIs along with rising WPI inflation show a persistence of input price pressure.
Also, the build-up in input price pressures across sectors, driven in part by elevated global commodity prices, remains a concern.
“The inflation trajectory over the rest of the year will be shaped by the Covid-19 infections and the impact of localised containment measures on supply chains and logistics,” Das had said.