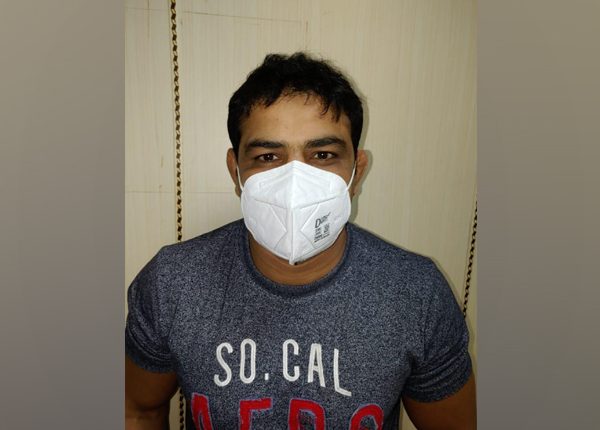 New Delhi, May 26: Delhi Police has arrested four associates of wrestler Sushil Kumar from the Kanjhawala area of the national capital on Tuesday night in connection with the alleged murder of wrestler Sagar Dhankar.

According to Delhi Police, all were found to be the associates of Sushil Kumar, who has been arrested in the Sagar Dhankar murder case.

“They revealed the entire conspiracy and sequence of events of the murder of Sagar. NBW’s were pending against them,” the police said. Wrestler Sushil Kumar Arrested by Team of Special Cell in Connection With Chhatrasal Stadium Brawl Case.

They were active members of the Kala Asauda-Neeraj Bawana Gang. The four accused have been identified as Bhupender alias Bhupi, Mohit alias Bholi, Gulab alias Pahlwan and Majeet alias Chunnil Lal, all four are residents of Haryana.

Acting on the specific information, Special Staff of Rohini District Delhi Police laid a trap near the Ghewra railway crossing and arrested the four persons after their identification through a secret informer.

“All the four accused persons have disclosed that in the intervening night of May 4, they had gone to Chhatrasal Stadium. They have narrated the sequence of events and details of other persons involved in the crime,” the police added.

An incident of a brawl among wrestlers was reported on May 4 in which some wrestlers were injured and they had to be admitted to a hospital and one of them died during treatment.

“Bhupender came in contact with a gangster Rajeev alias Kala of his village and later he became a close associate of Rajeev. He committed a number of robberies and murders with the gangsters till 2011. In 2011, he went to jail in a double murder case and remained in jail till Feb 2021. In the year 2017, his gang leader Rajeev was murdered by members of a rival gang in court premises in Rohtak Haryana,” the police said.

Another accused Mohit was also the close associate of gangster Rajeev and is previously involved in five cases whereas Manjeet met Rajeev in jail and thereafter, he started supplying weapons to his gang members.

The police said that Gulab also joined Rajeev in the year 2006 and involved himself in an attempt to murder case. Later in 2019, he was arrested with an illegal firearm. Further investigation is underway.