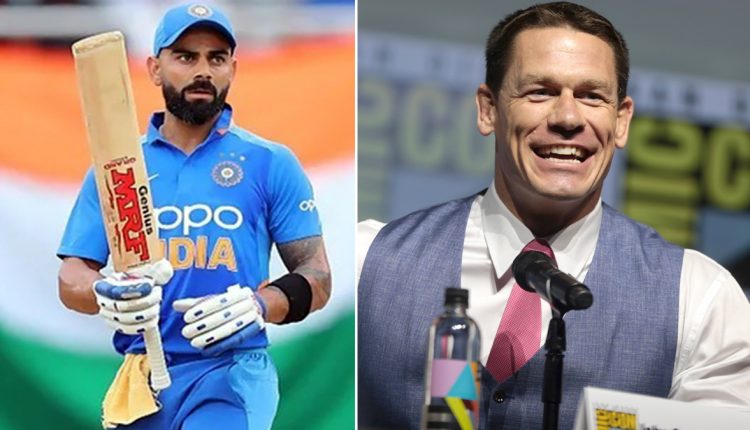 Kohli is currently leading the India side to the World Test Championship (WTC) final against the Kane Williamson-led New Zealand at the Ageas Bowl in Southampton from June 18.

The 16-time world champion, Cena, has posted the picture of the Indian cricket icon, probably clicked in 2019, wearing a limited-overs jersey and walking in to bat. Ravi Ashwin Heartbroken With Stefanos Tsitsipas Losing The French Open 2021 Finals Against Novak Djokovic (Read Tweet).

This is not the first time that Cena has posted Kohli’s picture on his Instagram page. The former WWE champion had shared another uncaptioned picture of Kohli after India’s match against Sri Lanka during the 2019 World Cup in England.

Kohli is seen extending his arm to shake hands with a mysterious cricketer, with coach Ravi Shastri and Rohit Sharma in the background. India had beaten Sri Lanka by seven wickets in the match played on July 6, 2019.

Some fans see Kohli’s picture appearing on Cena’s Instagram page on Saturday as his support to the India cricket team ahead of the WTC final. “Cena support India for WTC2021,” wrote a fan, while another wrote, “Looks like John Cena is a fan of Virat as well.”

(The above story first appeared on Scoop Buddy on Jun 14, 2021 12:02 AM IST. For more news and updates on politics, world, sports, entertainment and lifestyle, log on to our website scoopbuddy.com).