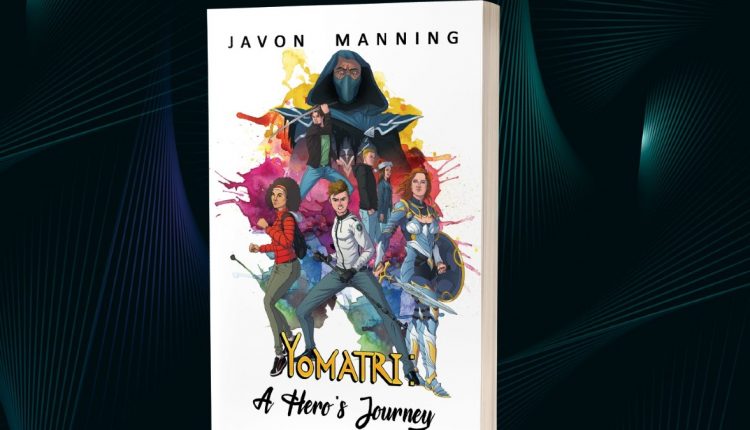 Javon Manning’s breakout debut, Yomatri: A Hero’s Journey, continues to captivate young adult readers since its much-anticipated release in late 2020. The first installment in a planned series, A Hero’s Journey is a powerful introduction to Manning’s innovative world.

Yomatri chronicles the great struggle between the Hero Alliance and the Aridian Army, a war that threatens to destroy the alien world of Aridnemeki. After three years away at space camp, Yomatri returns to Earth, reunites with his parents, and even meets a beautiful girl named Miyuki. As the Aridnemekian conflict spills onto Earth, Yomatri and Miyuki learn that twelve elemental crystals can restore balance and end the fighting. Together, they form a team of unlikely heroes in a desperate mission to protect themselves, each other, and their planet.

A Hero’s Journey will appeal to fans of the Marvel and Star Wars franchises who enjoy action, adventure, and crafty underdogs. With stunning cover art and a twisty plotline, Manning has created a fully developed universe and a memorable, diverse cast. In particular, Manning excels at creating dynamic characters with believable flaws and relatable personal histories.

Manning hopes that young readers will identify with the positive messages in his work and internalize the importance of self-confidence and companionship. In A Hero’s Journey, Yomatri and Miyuki believe not only in themselves, but also in the power of fighting for a better world—together.

Yomatri: A Hero’s Journey is available for purchase on Amazon.com. A sequel is currently in development with release scheduled for Q3 2022.

Javon Manning was born in Milwaukee and raised in Brown Deer, WI. Follow him on Instagram at @javon.manningauthor for updates. He graduated from the University of Wisconsin–Milwaukee, where he studied Marketing and International Business. When he isn’t writing, Manning enjoys traveling, drawing, playing video games, and spending time with his family. Yomatri: A Hero’s Journey is his first published novel.

Nikhita Gandhi: Indian Audience Is Big on Recall Factor That’s Why Song Remixes Are So Much Popular

Amara Raja Batteries reports a 3.7% increase in Q4 revenues in FY22, PAT down by…