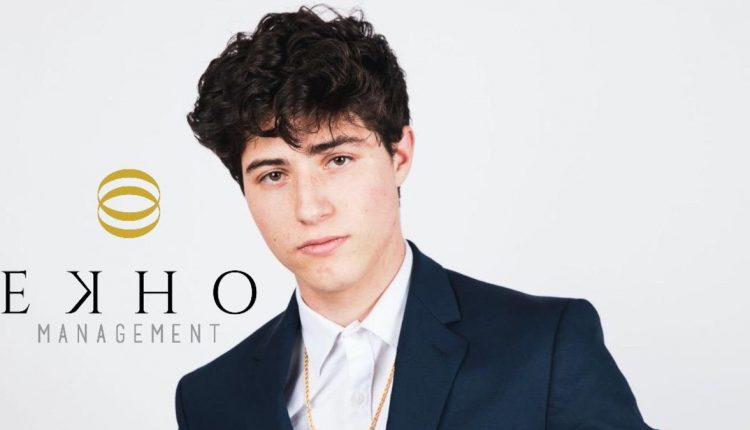 Most successful entrepreneurs typically say they start at a young age, referencing their late teens or early twenties. Not Joseph Lipsey. He developed his passion for entrepreneurship and giving back at age seven. At such a young age, Joseph would go with his father, who would drive a Lipsey Mountain Spring Water delivery truck to local charity events throughout Atlanta, where he and his father would hand out bottled water. They went to events hosted for the American Cancer Society, the American Heart Association, Habitat for Humanity, the Epstein school, the Martin Luther King Foundation, where he met Coretta Scott King, and Bernie Marcus’s Home Depots Veteran Foundation, and many more. After moving to Colorado while other kids his age were focused on playing sports or video games, he was selling bracelets to raise money for different cancer charities and his local community. Like a true entrepreneur, he bought the bracelets online, raised the price, and paid his friends to help him sell them around town at local events like festivals. He was in charge of all the inventory and money and ended up raising a lot of money- not just a couple of bucks; he grew close to $150,000 over several years—an astonishing accomplishment for a young kid.

His spirit comes from his family, who have always been heavily involved in charity work. He grew up watching his parents donate money to local, national, and international charities to build schools for underprivileged kids, hospitals, support single families in need, the arts, and Jewish, Christian, and Muslim charities. His sister Louise took a freshmen gap year from college to move to Israel to do charity work with Bedouins and Ethiopian families and is still in Israel even with the current missile attacks to continue volunteering and giving back to families in need as well as the country. His dad also owns a business that supports disaster relief. They work with FEMA providing trucking, ocean freight, and airplane cargo with relief supplies of bottled water and food during disasters to help mitigate suffering after natural and man-made disasters.

He’s never known anything other than working hard and giving back. During his senior high school year, he was awarded a scholarship to Hofstra University School of Law majoring in entrepreneurship, where he’s now a sophomore and running three businesses.

Getting His First Real Start

Lipsey wanted to continue with his entrepreneurial dreams while attending college. He has a passion for music, so he started his record label, Mega Millions Music. He began by working with only two artists in 2020 and worked his way up to eight or nine that same year. He networked and got to know the industry. Although he was growing, he reeled it back down to two artists in January of this year, to focus on their needs and help them flourish.

While he was putting together a promotional plan for one of his artists, he noticed how much less influencers were charging on TikTok when the posts had reached more people and gained more engagement. That’s when he knew he had to step in to help some of these influencers get the money and representation they deserved, which led him to his newest endeavor, EKHO Management.

There are a lot of management agencies out there trying to take creators for everything they’ve got. They lure you in with their promises to get you big deals and make you more money off social media but don’t tell you that they’re going to keep most of that money and control your image. Not to mention they make you sign long-term contracts for several years, saving you trapped in the situation with no way out.

Lipsey wanted to change that and bring people accurate results while letting them keep their hard-earned money and grow their brand. EKHO Management is all about being fair and transparent. They want to provide more benefits to these creators, like appropriate contracts and access to a vast support system. Not only do they help creators grow their brand, but they also learn how to be more business savvy in general, teaching them how to understand contracts, terms, finances, taxes, accounting, and the entertainment industry as a whole.

They help influencers connect with brands to focus on what they love the most, creating content. They are a group of young entrepreneurs themselves, so they want to bring a positive change to the management industry. Creators should be able to trust their management and know that they have their best interest in mind and have a say in their image, and that’s the goal of EKHO Management.

EKHO strives for next-level success by having their creator’s business set up in a way to give a competitive advantage. They focus on three key components to helping their influencers build a successful brand. Price, Quality and Relationships are just 3 simple attributes that can make or break a business so EKHO strives to identify and adapt to a combination of all three.

EKHO Management Agency is positioned currently as a start-up company, redefining the industry. EKHO differentiates itself by its core associates, who are young, bright, and have a lust for success in making EKHO the nation’s go-to company for influencer management.

They are paving the way to bring a refreshing, smooth relationship between brands, creators, and management. Currently, there is a larger percentage of mismanaged creators who have a terrible taste in their mouths for management companies than properly managed. This is in part to the horribly unfair terms in their contracts and the overall way they are treated by management.

The key to success may be is their business model. EKHO is seeing this industry shift first hand with their three-way street model that both the suppliers and Creator/ Influencers understand, appreciate, and wholy endorse, this paradigm shift from the one-way street attitude. The Esprit de Corp permeates through Ekho’s entire organization, it has become contagious amongst their Influencers.

EKHO also provides measuring and capturing data for result analysis, they are proving this establishes long-term relationships between the three parties. Firms, influencers, and EKHO MGMT

Saying Any More Will Give Away the Secret Sauce

I Hunter the writer, am not privy to the secret sauce. However, as I was conducting an interview for this article I was able to overhear their top business conversations. These guys are on the cuff of something huge within the industry. Something. Never seen before. Much like how TikTok disrupted the entire social media industry in such a short period of time I have no doubts these bright men and women can do the same thing within their Industry.

Each contract with every customer/creator is tailored to their specific needs and wants so that whatever the contractual agreement is, it’s a win-win for all parties involved.

The Future for Lipsey and EKHO Management

EKHO Management has done so well that they’ve helped some of their creators earn over $100,000 within four months and some over $10,000 every month. Within only five months of being open, they’ve built an audience totaling over 60 million followers between their influencers and are now starting a content house in California. Big things are happening with EKHO Management, and they don’t have any plans to slow down.

In all his business endeavors, Lipsey seeks to bring along the values that have been instilled in him since he was little. He’s on a journey to bring honesty and integrity back into the business world.He truly appreciates the past two years of working side by side with his father for not only business tutelage but also family bonding.

A$AP Rocky Opens Up About His Feelings for Rihanna in Recent Interview, Says ‘She’s the Love of My Life. My Lady’