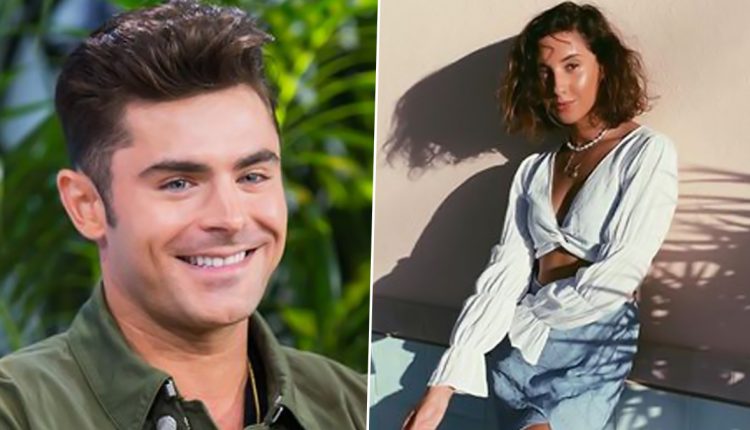 Actor-singer Zac Efron has split from Australian model Vanessa Valladares after 10 months of dating. As per People magazine, the pair first met when she was working as a waitress at the Byron Bay General Store and Cafe back in June. Byron Bay is a celebrity hotspot in Australia where Efron had been spending time amid the COVID-19 health crisis. A source revealed the reason behind the breakup, telling the outlet that it “didn’t feel right to him anymore.” Zac Efron to Play Adam Warlock in Guardians Of The Galaxy 3? Filmmaker James Gunn Reacts.

“Zac broke things off with Vanessa recently. It just didn’t feel right to him anymore,” a source told People magazine. Despite their fizzled romance, the source shared that Efron has no plans of returning to live in the US anytime soon. “Zac will still stay in Australia. He just loves Australia so much. He is working and busy with several upcoming projects. He is happy, healthy and enjoying life,” the source added. Zac Efron Birthday: 5 Amazing Movies of the Actor That Prove He Is More Than Just a Pretty Face.

Earlier in the week, Australian radio host Kyle Sandilands, who is friends with Efron, said the pair had broken up. “Well, it’s not just The Daily Telegraph reporting the breakup,” Sandilands started on his radio program The Kyle and Jackie O Show. Sandilands added, “I can also confirm after speaking with him yesterday. Because I heard the rumors. They’ve gone their separate ways. There was no drama. It’s done. He’s back to work.” In September, after the ‘Baywatch’ star was spotted having lunch with Valladares at a beachside cafe in Australia, another source told People magazine that Valladares met Efron during the summer while working.

“Zac met Ness earlier in the summer. They started hanging out in July and recently took a ski trip together. You can tell that they are having fun. She spends a lot of time at this house,” the source said at the time. The duo seemed more serious by the time Efron’s 33rd birthday rolled around in October and he spent his special day with her. “Zac and Vanessa are very happy.

They celebrated Zac’s birthday with friends before the weekend,” an insider said at the time. “Their relationship is very serious. Vanessa lives with Zac in Byron Bay.” The star was last romantically linked to Olympic swimmer Sarah Bro in March 2019. He previously dated his ‘High School Musical’ costar Vanessa Hudgens and was also linked to his Baywatch costar Alexandra Daddario.

Kareena Kapoor Khan Looks Elegant on Star Vs Food As She Stuns in an Icy Blue Shirt Dress Worth Rs 4500!