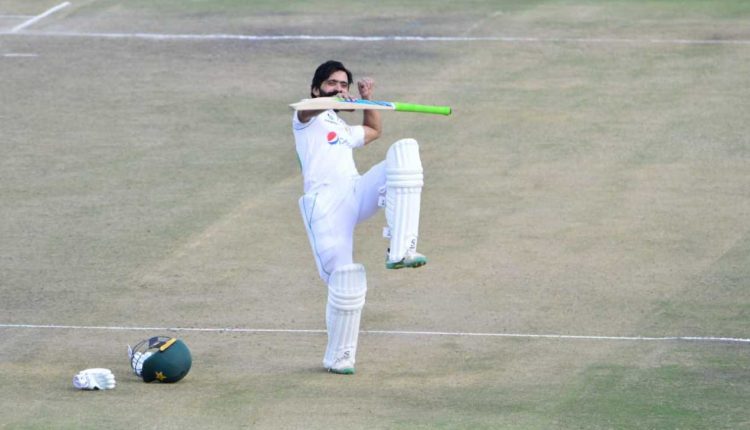 Pakistan have a lead of 198 runs with four wickets in hand in the first-innings exchange with Zimbabwe in Harare, but the scoring rate has hovered between 2.7 and 2.8. Fawad Alam, who scored his fourth Test century on the day, defended the batters’ approach, blaming the slowness of the pitch for the numbers on the board.

“The batsmen know how the pitch is behaving. You must have seen that the ball hasn’t been coming on to the bat, and the pitch is getting slower with every passing session,” Alam said. “The ball was keeping low, but we tried to score as much as we could. They [Zimbabwe] even took the new ball late, and when they did, we scored more freely.

“Credit should be given to the openers [Imran Butt and Abid Ali], the way they played and laid a solid foundation for the others. They might have scored slowly, but it helped us later on, allowing us to dominate.”

Zimbabwe took the second new ball after 105.1 overs. Pakistan scored 59 runs in the first session in 32 overs and even went had a 17 overs without boundary at one stage. They got 99 in the second session, and then 113 in the final one thanks to the 45 runs in the last ten overs, when Hasan Ali hit two sixes.

It wasn’t all Pakistan, though, as two wickets in quick succession – Azhar Ali followed by captain Babar Azam who fell for a golden duck – gave Zimbabwe a lift too. But Alam, in the main, made sure Pakistan came out on top by the end.

“There was a plan to score 300 today but we were 25 runs behind,” he said. “It’s mainly because, when both Babar and Azhar got out, the pressure was on us for a while.

“Scoring on slower tracks is always difficult as we have to create gaps to find runs. But it was a good day overall, and we still have three days in hand and tomorrow we want to add as much as we can to give our bowlers enough to attack. I can’t say how many, maybe another 50 or 100, but whatever we get we will keep them under pressure and wrap them within it.”

Joe Biden Restricts Travel From India to US Due to COVID-19 Outbreak, Says White House