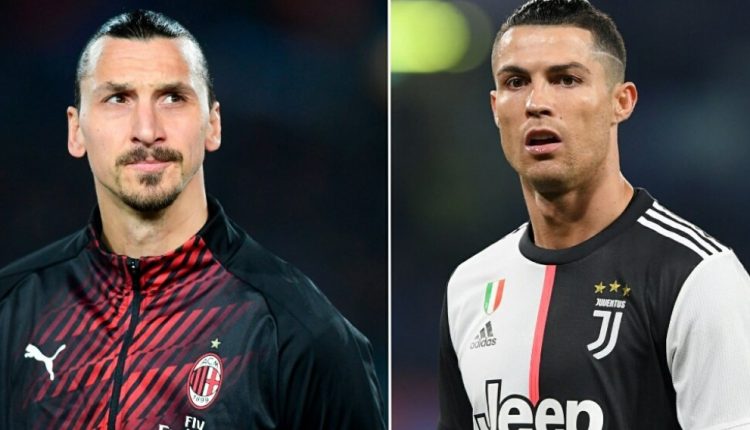 Zlatan Ibrahimovic and Cristiano Ronaldo share in intense rivalry in the Serie A. Tonight the teams are all set to lock horns with each other on Sunday night at the Juventus Training Centre and the fans are eagerly waiting for both stars to clash against each other. Ahead of the match, Juventus manager Andrea Pirlo went on to speak candidly about the intense rivalry between the two stars. He praised both the football stalwarts and said that they are champions. JUV vs MIL Dream11 Prediction in Serie A 2020–21: Tips To Pick Best Team for Juventus vs AC Milan Football Match.

“Cristiano Ronaldo and Zlatan Ibrahimovic are amazing footballers, they are both champions and we enjoy seeing them on the pitch,” he said during the press conference.  Talking about the Juventus squad, he has a full squad at his disposal. The team walks into the game with a 2-1 win over Udinese. Cristiano Ronaldo had scored a couple of goals during the game at the 83rd and 89th minute respectively. Time and again, Zlatan has taken potshots at Cristiano Ronaldo while weighing in the debate of the real GOAT.

🎙 @Pirlo_official: “@Cristiano and @Ibra_official are amazing footballers, they are both champions and we enjoy seeing them on the pitch.”#JuveMilan #ForzaJuve

The match will be held at 12.15 am IST. A win here for Juventus would determine if Juventus will make it to the Champions League next year.  Juventus is currently placed on number four on the Serie A 2021 points table whereas, AC Milan is on five. Both teams have 69 points in their kitty.

(The above story first appeared on Scoop Buddy on May 09, 2021 02:31 PM IST. For more news and updates on politics, world, sports, entertainment and lifestyle, log on to our website scoopbuddy.com).